The Netherlands is full of surprises and unusual destinations. From small remote islands to the most offbeat city spots, Dutch originality and customs promise you unusual experiences and varied distractions! There will inevitably be something for everyone! We have listed 8 Top Rated Tourist Attractions in the Netherlands for you.

Moreover, to easily visit all these places, you can take a look at Yolcu360’s Netherlands Amsterdam car rental options. 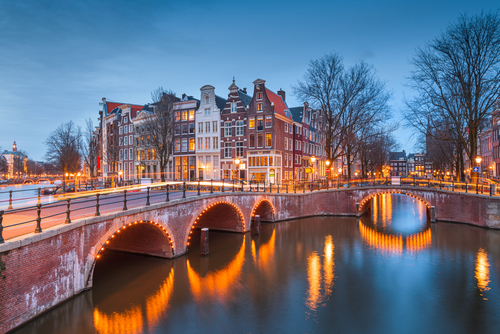 If you go to Amsterdam, the canals are part of the city, they are everywhere! Not as much as in Venice, but water is omnipresent in the central districts. The best is to let yourself go along the water with the canal buses. The municipal canal bus service has 14 stops near the main museums and points of tourist attraction, from the Anne Frank House, the train station, the red-light district, and the pass they offer is valid for the whole day, and until noon the next day, so very profitable for a weekend if you leave on Sunday afternoon.

There are three lines forming different routes in the heart of the city. The same company offers rental of “canal bikes”, which are a kind of pedal boat, and allow you to go at your own pace, which is really nice. To go to Amsterdam, at the last minute if there is no more space in the Thalys and the prices are very expensive, you can look at Eurolines, which rarely exceeds 40 euros, and only takes 5 hours to reach the capital. In addition, you arrive directly in the city center, compared to the plane. 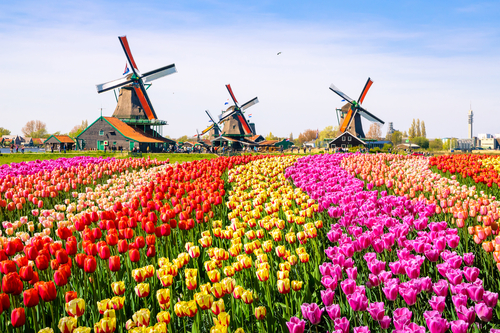 The Keukenhof is called the “Garden of Europe”, it is a large park of 32 hectares located on the outskirts of Amsterdam. It is in fact a 32-hectare floral park, where you can admire tulips by the thousands, but also a multitude of other plants, such as hyacinths, crocuses, narcissus… The floral show is wonderful, you take full view! Absolutely magnificent flowers, worked compositions, shimmering colors… In short, nature lovers will fall under the spell. The park is open every year from mid-March to mid-May, the plants evolve but you will always be amazed, whatever the season.

The park has also set up small pavilions, which are used for exhibitions. One of them, the largest, is a gigantic greenhouse, where you can find all types of flowers (and tulips in particular). There are many varieties, each as beautiful as the other. Finally, a last pavilion is dedicated to orchids. Simply a dazzling spectacle. 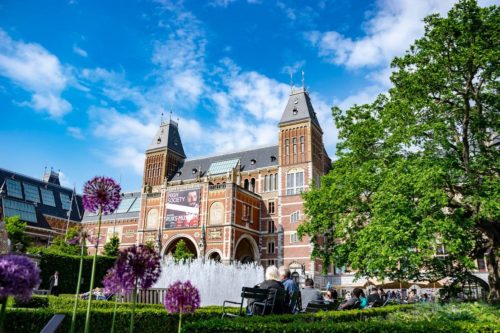 The Rijksmuseum (pronounced raiiks) is one of the finest and largest museums in Europe. It mainly offers Dutch paintings from the “golden age”, particularly by Rembrandt, Vermeer and Hals. It was built in the 19th century, from several pieces of typical Dutch buildings, with the aim of presenting a panorama of the architecture of the country to its visitors. The result is curious.

Masterpieces include The Night Watch, The Jewish Bride by Rembrandt, and The Milkmaid by Vermeer. The museum houses more than a million works of art and ancient objects, and one day is hardly enough to begin to know it. To make your visit more informative you can take part in a guided tour, or rent an audio guide to discover at your own pace. Apart from the museum, the complex houses a library, a souvenir and gift shop, and a restaurant. The museum’s website is very well done, with a virtual visit via webcam, to see the different halls and major works. 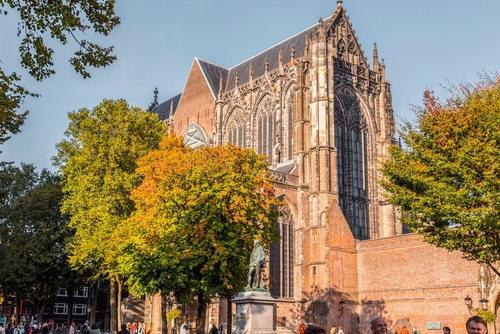 St. Martin’s Cathedral or the Dom Church is separated from the Dom tower, the symbol of the city. It was built in the French Gothic style, which is unusual in the Netherlands, as a cathedral for the Bishop of Utrecht. It was one of two Catholic cathedrals in the country before the Protestant Reformation, next to the Cathedral of Middleburg, today fulfills this role in the city of Santa Catalina. The interior, with many richly decorated tombs, is really impressive. Saturday afternoon concerts are free (3:30 pm), experts have been held for over thirty years in the interior, and are a must for many people. 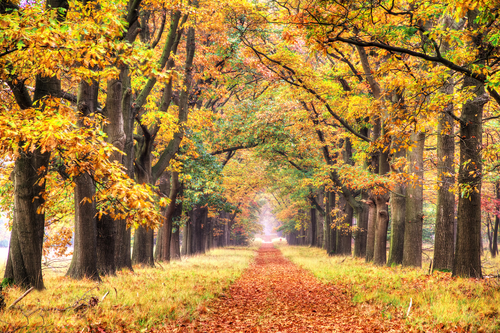 The Hoge Veluwe National Park protects 5500 hectares of absolutely spectacular landscapes. It opens onto splendid forests, magnificent fields of heather, remarkable shifting dunes and charming lakes. A rich and diversified fauna did not hesitate to shine there. Apart from this meeting with nature, the site has cultural escapades in store for you. Nothing will be missing from your discovery. So if you are in the Gelderland region of the Netherlands or even outside the country, put this exploration in your program. So far, no one has regretted this trip! Neither will you. 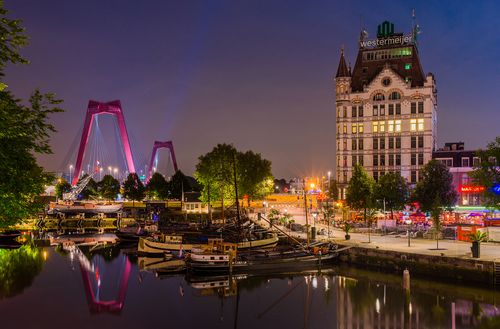 Rotterdam has always been one of the most important ports in Europe and today we find two clearly differentiated ports: Europort and Oude Haven. The Oude Haven is the historic port of the city, located very close to the cube houses and the Witte Huis. We could say that there are few left, it is now a kind of marina with old ships, terraces and walking areas. In fact, the whole center of Rotterdam is surrounded by similar docks where old and modern ships dock. Certainly, it is as if the city were a port in itself. 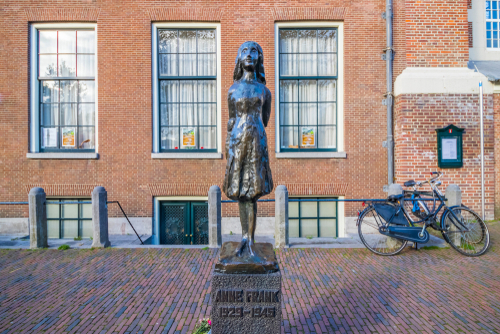 Located in the heart of Amsterdam, Anne Frank is the most important building in its history. Anne Frank was the person who was persecuted during World War II. Her diary tells us, in clear and simple language, the thoughts and events that took place between July 1942 and August 1944. Due to anti-Jewish regime created by Hitler, the Frank family tried to protect themselves by hiding at the back of the building where her father had a warehouse. After more than two years, someone betrayed them and caused them to be sent to a concentration camp. The only survivor was Anne’s father, Otto Frank.

At the entrance you can get a brochure that explains in detail the events in each of the rooms of the house. Among other things, during the tour you can see the stock of Anne’s father, the offices of people who helped them during their detention and hidden rooms where eight people lived. Being at the place where the events happened and all the perfect recreation of the atmosphere make the Anne Frank House a must-visit. A visit to the Anne Frank House and will probably stay in your memory for a long time. 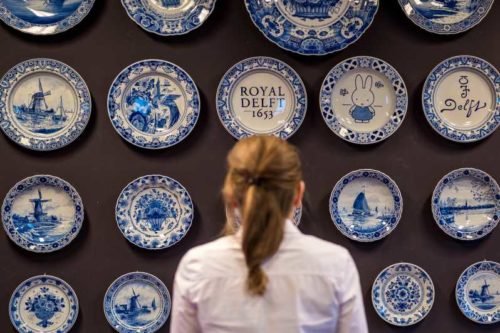 The city of Delft being famous for its pottery, which is one of the last 17th century factories still in operation in Delft, and where a museum is open to the public to explain the history and manufacture of the famous blue colored earthenware, which is often mistakenly called “porcelain” because the raw materials used to manufacture earthenware and porcelain are different. A shop there sells the products of the pottery work, each piece being unique, hand-painted and sold with a certificate of authenticity. Their price is therefore as high as their beauty…

Before entering the museum, you cross a beautiful little garden with earthenware wall panels that give the place a fantastic air. Once inside, you can admire many Delft earthenware, but also reproductions of famous paintings painted entirely in Delft blue wash, such as a life-size reproduction of Rembrandt’s “Night Watch”. You can also see the painters at work and realize that at the time of its application, the paint is black (cobalt black), and that it is only with the heating of the part that a reaction chemical will occur and bring out the deep blue that has made these beautiful earthenware famous. 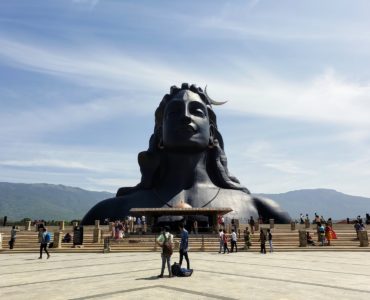 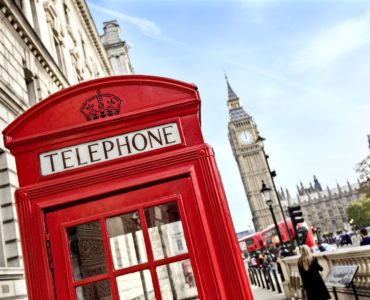