Not sure what to rent? Did you know Hyundai is the most searched for car on Google?

Ereğli is one of the most beautiful districts of Zonguldak, famous for its coal mines. Ereğli, also known as the land of steel and strawberry, is often confused with Marmara Ereğli and Konya Ereğli, because the name of the three districts in Turkey is Ereğli. Since Eregli is 50km away from Zonguldak, the district has an advanced structure standing on its own feet. Although Ereğli is not a city, it is more developed than many cities in Anatolia. 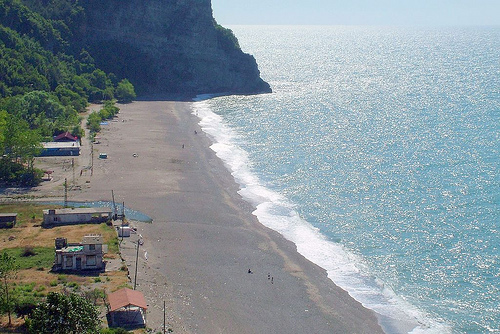 Rent a Car in Ereğli Zonguldak

So, where to visit in Ereğli? City of Hercule The first stop for a tour in Eregli tour should be historical ruins. The history of the district dates back quite a long time ago. The district which was called Herakleia in the past was named after the god Hercules in Greek mythology. After that, Byzantine and Ottoman domination was observed in the region and every civilization left its traces and added richness to the historical heritage of the district. Uzun Mehmet, who found the coal mines, historical plane trees which were planted during the period of Fatih Sultan Mehmet and strawberry fields are the symbols of the district. Although not as famous as strawberries, the fabric produced from linen fiber called elpek cloth is also very valuable. Clothes and home textile are produced from the elpek cloth, which is quite a healthy fabric allowing the skin to breathe. Hercules Palace, Gazi Alemdar Ship and Ereğli Museum are must-see in Ereğli. You can also enjoy coffee or tea at the seaside or try exquisite seafood and Ereğli pide. The Story of Strawberry is So Important! The first strawberry production after İstanbul in Turkey was in Ereğli. The strawberry varieties here are so strong and have such a special aroma that they could not meet the demand from Europe. In the Ottoman period and in the first years of the Republic, liquor was made from the strawberry in Ereğli and was exported to Europe. But today, strawberry production in Ereğli has almost stopped. If you go to Ereğli in June, you should definitely enjoy this special strawberry. Little Istanbul: Ereğli of the Black Sea Founded in 1960, the Iron-Steel Factory in Ereğli provided the development of the district and caused it to change socio-culturally. Receiving a lot of immigration from the other cities in the region, the socio-cultural structure of Ereğli underwent a big change. With this aspect, it is likened to Istanbul and is also known as "little Istanbul". You can rent a car in Zonguldak and arrive in Ereğli in about 50 minutes. With Zonguldak- Eregli car rental options, you can enjoy the city with pleasure. You can compare prices on yolcu360.com to find affordable rental cars in the Ereğli of Black Sea.