Tekirdağ Center Trakya is one of the most pleasant cities of Marmara Region and Trace, and there are many alternatives to spend an enjoyable time there. You can rent a car from Istanbul and take a trip to Tekirdağ. Such a plan could be a very pleasant option, especially to escape from the crowd of Istanbul and explore the nearby cities. 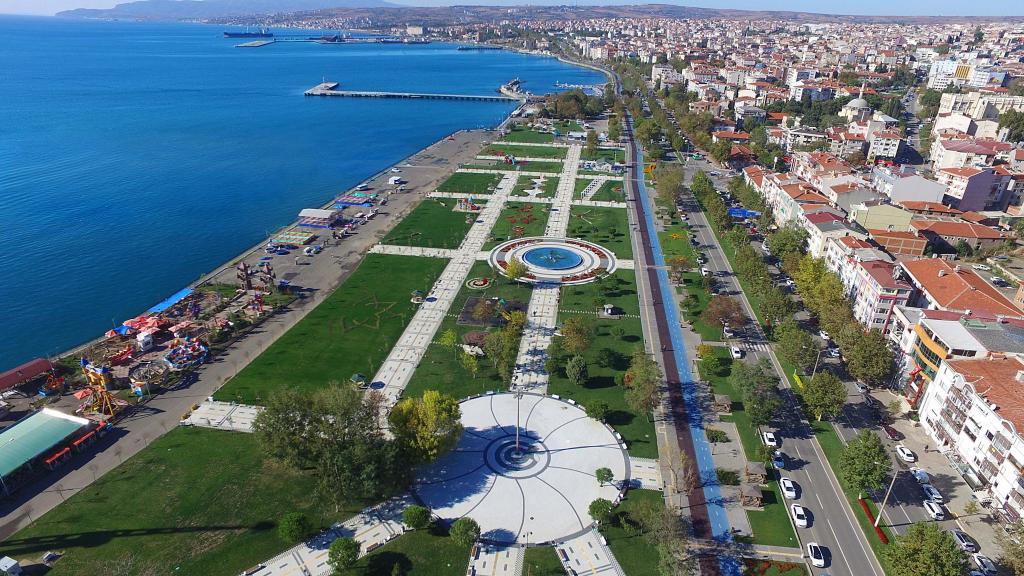 By renting a car from Tekirdağ, you can go to coastal areas like Erikli or Şarköy in summer. In the summer you can rent a car from the center of Tekirdağ and you can reach the beaches close to Istanbul as you may enjoy visiting the historical buildings in the spring or try the delicacies that the city offers. So, where are the places to visit in Tekirdağ? There is a house museum, prepared for the famous poet Nazım Hikmet in Tekirdağ. In the 1960s, it is known that Nazım Hikmet had many admirers in Europe. This house museum, where the traces of the poet's interesting life story can be observed, is also impressive since it provides important clues about Nazım Hikmet's life to his fans all over the world. Tekirdağ Archeology and Ethnography Museum, Rakoczi Museum are also important sightseeing locations, located at the city center. Kumbağ, Şarköy, and Eriklice are the regions that are mostly visited in summer for their enjoyable sea. Particularly, these regions, which are visited by vacationers from Istanbul, can become very crowded in the summer. But particularly Eriklice's water is very clear and clean. The historical places in Tekirdağ reflect the magnificence of the Ottoman period. Rüstem Pasha mosque, Old Mosque, Middle Mosque are among the most visited Ottoman artifacts. The Çorlu Castle, which is constructed in the Byzantine period, is still standing and it is a very impressive historical ruin. Tekirdağ köftesi served with fried peppers and onions, Hayrabolu desert with tahini sauce, satır meat, water buffalo yogurt, semolina dessert with fresh cheese and meatball with kasar cheese, a delicacy famous in the Balkan countries, are among the delicacies you should definitely try in this city. You may taste manti with chicken on a tray, fried liver although friend liver is more common in Edirne. On your way back from Tekirdağ, you can buy almond paste that you may enjoy while drinking your Turkish coffee, water buffalo yogurt, Tekirdag Ezine cheese. Of course, Tekirdağ rakı is among the famous products of the city. You can try yolcu360.com to find the best-priced rental car options in Tekirdağ center quickly using only your smartphone. The system will allow you to access the cheapest rental car option in Tekirdağ in a few minutes and access the information of rent-a-car offices in the region. By comparing online the most affordable price, you can safely book the best affordable rental car option.