Located in the Central Anatolia Region, Kayseri is a special and different city with its architectural texture and food. The city architecture in Kayseri surprisingly shows Russian influence. 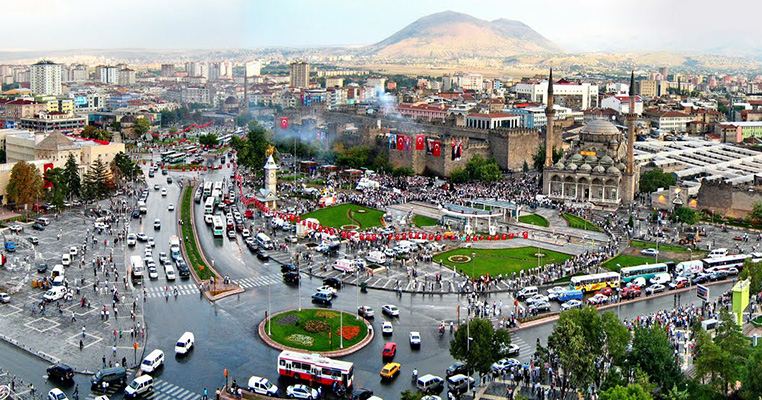 Rent a Car in Kayseri

The wide streets, which are usually not seen in traditional Turkish city architecture, large stone public buildings not easily growing old, and comfortable and human-focused pavements attract attention. This pleasant touch in the city offers a calm and homely atmosphere. Kayseri is a comfortable city far away from chaos. Public buildings, mostly built between the 1920s and 1950s, and the stone artifacts from the Anatolian Seljuk Period bearing the traces of a balanced architecture are worth seeing. The List of Places to Visit in Kayseri is actually like a summary of these two architectural touches. Kayseri was a very important center during the Anatolian Seljuk Empire. For this reason, unique works of Seljuk architecture can be seen in the city. In fact, Kayseri is definitely at the top of the list of cities in terms of the first Turkish works in Anatolia. Seljuk Civilization Museum, Döner Kümbet, Hunat Hatun Complex, Karatay Han and Sahabiye Madrasah are important Seljuk monuments you can visit in Kayseri. Furthermore, Kayseri was a remarkable city during the Ottoman period as well. In fact, Architect Sinan, who designed the most popular works of Ottoman architecture, was born in Kayseri. This is why there is a museum dedicated to Architect Sinan in Kayseri. Kayseri is also one of the cities where you can see the traces of Armenian architecture in Anatolia in the most intensive way. Kayseri Surp Krikor Church and the surrounding Armenian kümbets are the best examples to this. There are also Atatürk's House Museum and a very pleasant Archeology Museum. This city had a very important role in the history of the Republic. Kayseri is famous for its mantı (ravioli), soudjuk and pastirami. In fact, mantı, which was first made by the nomadic Central Asian Turks as a practical and filling meal from dried meat and dried pastry, spread throughout the country first from Kayseri. Similarly, nutrients that the nomadic community could carry without spoiling such as noodles, bacon, sausage, dried fruits, dried fruit pulp are also produced in Kayseri. We definitely recommend you to taste the menu called Kayseri plate during your Kayseri trip. You can rent a car in Kayseri and access the city's delicious menus and historical sites more easily. You can also view the availability and prices of the car rental companies in Kayseri on yolcu360.com quickly and comfortably. In order to rent the best-priced car in Kayseri, you can use yolcu360.com, which offers a price comparison advantage.