Izmir Konak Rent a CarKonak is the central district of İzmir. In Konak, also referred to as the heartland of İzmir, the population may reach 1 million during the day. The reason for this population density is the concentration of businesses and institutions as well as cafes and restaurants. Konak is a lovely location that shares the cultural heritage brought by the wealth in its history. Historical Works in Konak The Clock Tower, which is located in the Konak Square, considered as the center of the district, is undoubtedly the most famous historical building of Konak. 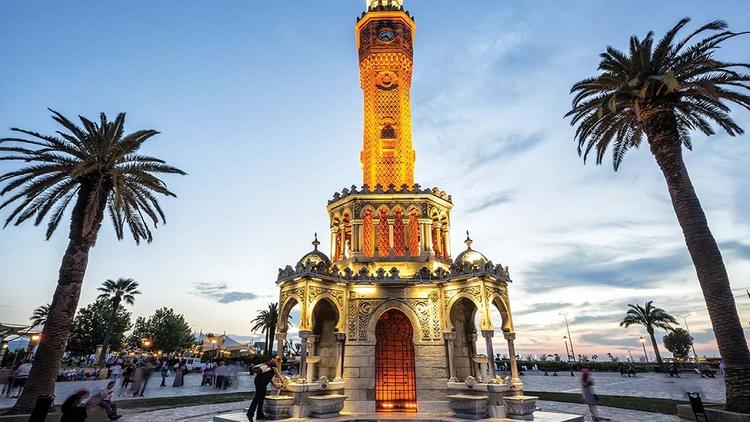 Rent a Car in Konak İzmir

Although its construction dates back to 1901, it is famous enough to be the symbol of İzmir. The fountains at the four corners of the Clock Tower built to commemorate the 25th anniversary of Abdülhamit's ascend to the throne add a distinct beauty to the Tower. Agora, one of the two structures that are historically of great importance in the region, is an ancient building thought to date back to the Roman period. The fact that it was used as an official agora also indicates that it was a management center. The other structure we can mention is Kadifekale. At first sight, you may think it is 'just a castle'. But we are sure that you will be surprised to learn that Kadifekale was built by Alexander the Great in 334 BC. We also would like you to know that Kadifekale, one of the important structures that survived until today due to the additions and restorations carried out over time, especially during the Byzantine period, has a spectacular view of the bay. Speaking of views, the second place you should definitely visit is the historical elevator. In this place named after the elevator built by the Jewish businessman Nesmi Levi to shorten the 155-step path between the two streets, you can experience delicious menus while enjoying an exquisite view on the balcony and the restaurant. Other historical buildings where you can visit in Konak is Alsancak Station, Pasaport pier, Stock Exchange Building, Former Ottoman Bank Building, Konak Pier, designed by architect Gustave Eiffel, Bet Israel Synagogue, St Polikarp Church and historical Gasworks. Places to Visit in Konak When you are in the Konak Square, do not forget to visit the Kemeraltı bazaar, located just a little further ahead. The oldest shopping area in the region with its 100-year-old history, Kemeraltı is certainly not just a bazaar. There are many places where you can eat and spend time with your family. In Kızlarağası Inn, you can have Turkish coffee and you can stay in the oldest historical hotel of the region. Also, the National Library and the State Opera and Ballet buildings are located in the Kemeraltı. If you have not visited Kültürpark yet, which has been open since 1936, you should definitely visit it. Inside this park which also hosts Izmir International Fair, there are museums, galleries, art centers and amusement parks. We are sure that you will enjoy visiting Kültürpark, where you can have a great time with your family. Let's not forget beautiful Kordon, another symbol of Izmir. You can experience different flavors from many cuisines with your family at the cafes and restaurants along Kordon, an entertainment and recreation area with its walking paths, green grass and bay view. How to travel to Konak? If you have arrived in the city by air, you can travel to Konak by metro or you can rent a car at Izmir Adnan Menderes Airport. To travel to Konak from the airport, follow the D550 highway to the north, and you will reach Konak after a 15-kilometer journey which will take about 25 minutes.

Thousands Brands and Locations
Search hundreds of car rental deals at once worldwide and reserve easily today like our 1 million customers!
Flexible Rentals
Free cancellations and change on ALL your bookings with the best customer service experience!
Award-Winning Customer Service
Yolcu360 is dedicated to providing award-winning customer service. We’re ready to assist you 24/7 whatever your question is or wherever you are in the world.

Download Our Mobile AppDownload our mobile application to your smart device to quickly and easily rent a car at the best prices. Join our hundreds of thousands of happy customers!