Topkapı Palace, which was built after the conquest of Istanbul, has been used as residences and administrative center of the state for more than four centuries. Topkapı, where the Ottoman sultans resided and where the most important decisions were made, has undergone many changes over time. Visiting this building, which tells us a lot about Ottoman architecture, can help to get to know the Ottoman Empire even more. After the monarchic structure of the Ottoman State ended in 1922, Topkapı Palace was also transformed. It was converted into a museum on April 3, 1924 by the decision of Mustafa Kemal Atatürk. 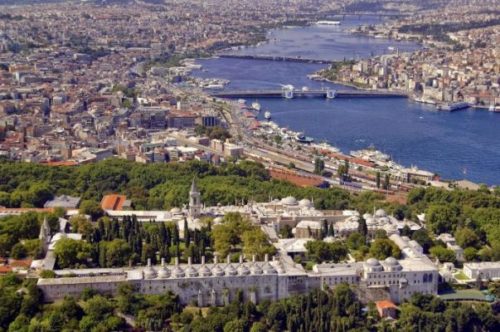 The palace, called Saray-ı Cedid-i Amire, started after 1465 and ended in 1478. Fatih Sultan Mehmed brought masters from various countries for the construction of Topkapı. Although there is not much information about the architects who worked in the palace, the name of an architect named Atik Sinan is frequently mentioned. Topkapı Palace did not reach its present form immediately. Topkapı Palace is in an order that adopts the courtyard system. There is a hierarchical order such as public sections and sections open to sultan The most comprehensive renovation and expansion in Topkapı Palace was made during the 1st Suleyman period.

It is the section where the external service structures called Birun are located. The palace is also the largest courtyard. This courtyard was used for various ceremonies. It was the janissaries, servants and their waiting area.  It is also called “procession square”. At the entrance of this courtyard, there is a door called Bab-ı Hümayun.

It is the area between Babusselam and Babussade. Babusselam is the middle door. It is the second entrance after the Babı Humayun.

The Enderun Courtyard of the palace, that is, the 3rd Courtyard, starts from Babussade. It is also called Enderun courtyard, as it is a courtyard where the service organization in the palace works. Enderun is the place where the sultan and those who were trained to be a statesman to serve in his service were educated.

The fourth courtyard, where the mansions at the back of the palace are located, is also known as the “sofa”. In this courtyard, the Revan Mansion and the Hirka-i Saadet Office are facing each other on the high embankment, surrounded by a marble railing and covered with white marble.

The word harem, derived from the word harim, refers to both all women of a dwelling and a separate section in which they live. It is a multi-storey and stepped structure isolated from other parts of the palace with high walls.

How to get to Topkapı Palace? 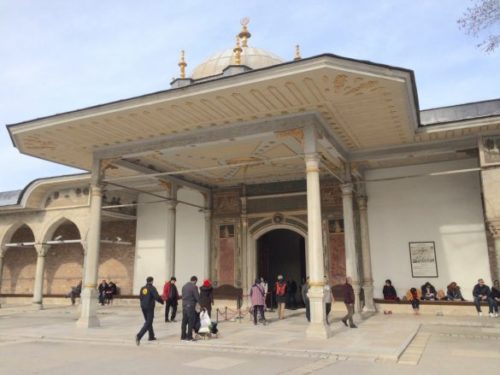 Topkapı Palace Museum is located at Cankurtaran, Fatih, Istanbul. Close to other landmarks of the city such as the Grand Bazaar, the Blue Mosque.

You can get off at Sultanahmet stop. You can reach Topkapı Palace by passing in front of Hagia Sophia Museum and Hürrem Sultan Bath.

You can easily reach from Sultanahmet Station by following the museum signs. Also, if you get off at Gulhane stop, walk towards the entrance of Gulhane Park. It is possible to find it by following the signs again.

Notes on the Topkapı Palace Museum 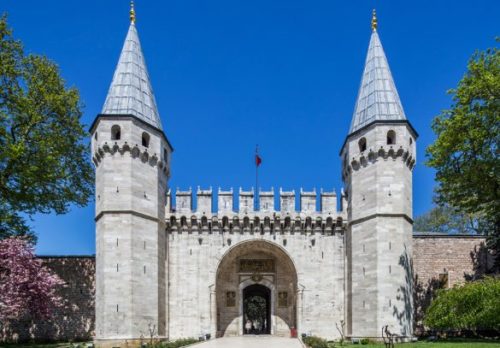 The car rental price list for İstanbul Airport is here!

Rental Car Reus Airport / What to do in Reus? / Spain

5 Most Beautiful Roads in Turkey