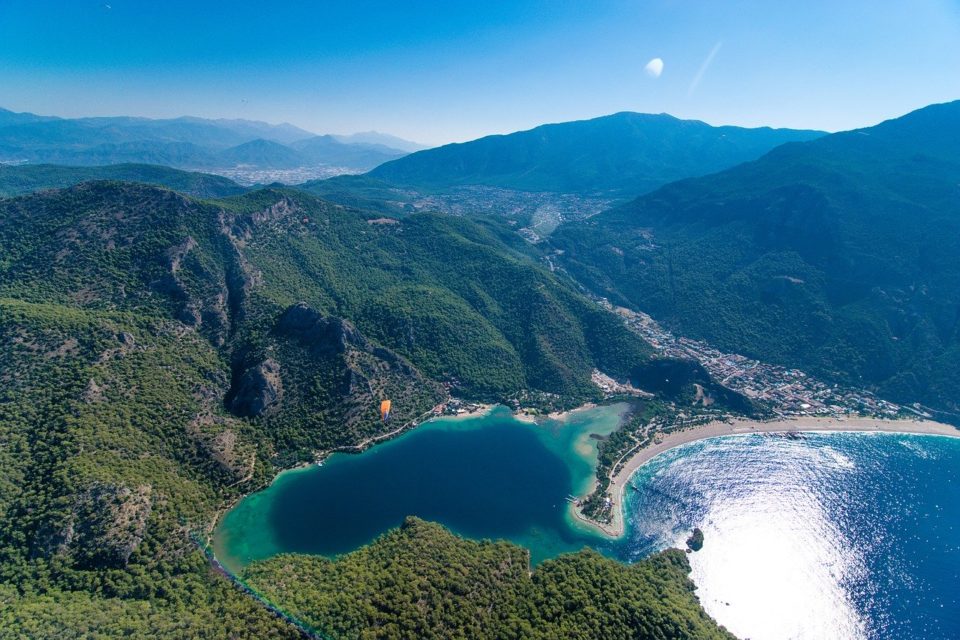 What to do in Ölüdeniz? How are the beaches in Fethiye? Where to paraglide? and Where is the nightlife more active? How about setting out for the places to visit in Ölüdeniz by taking advantage of the rental car options? 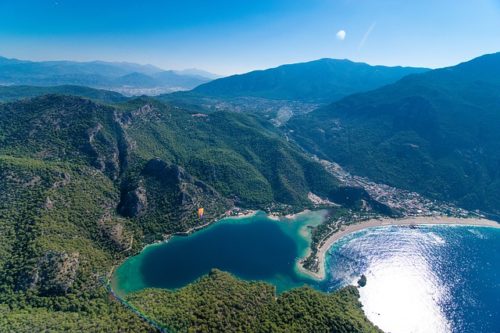 The population of Ölüdeniz, which is a town in the Fethiye district of Muğla, is approximately 5000. Ölüdeniz, located in the southwest of Anatolia, is well developed in terms of tourism. The reason for the name of the town is that even in the stormiest days, only small waves are formed in the sea compared to the surrounding coasts. 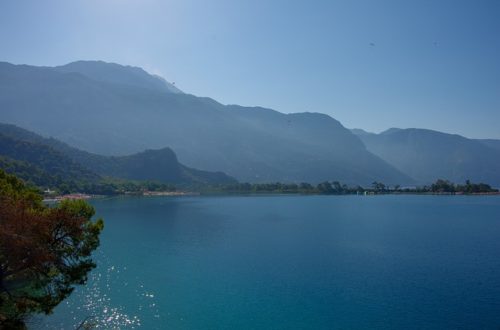 Ölüdeniz  has been named by different civilizations throughout history. The town, known as the “Far Land” in the Middle Ages, was named “the Land of Light and the Sun” by the Lycians. Ölüdeniz  Beach was chosen as the most beautiful beach in the world with eighty-two percent of the votes in 2006.

Places to Visit in Ölüdeniz 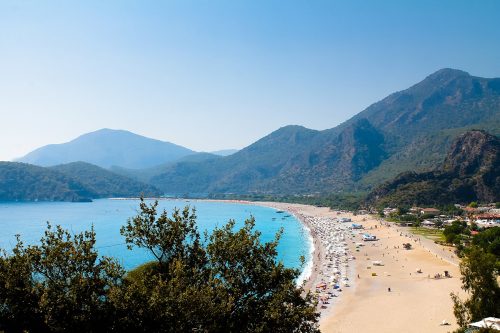 The first place that every person who visits Ölüdeniz  should see is Butterfly Valley. The valley, which has hosted many civilizations with its history dating back to the 4th century b.c, also includes the settlement called “Perdicia” by the Lycians. The valley owes its name to more than 80 butterfly species, especially the Tiger Butterfly. Subsequently, Gemiler Island, formerly known as Aya Nikola, is worth seeing. The Christian architecture of the Byzantine Empire between the 5th and 11th centuries  and the remains of the cistern in the coastal areas can be seen on the island.

One of the interesting artifacts you will encounter while wandering around this area is a 500-meter tunnel that connects the two churches. There are 17 stops between the stairs in the tunnel due to the fact that the Prophet Jesus was kept waiting 17 times while he was being crucified. Some of the ruins were submerged as a result of earthquakes in the 3rd century. 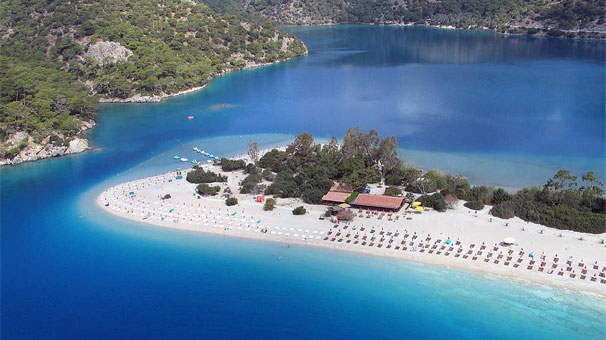 Another must-see is Saklıkent Canyon. This canyon, which is 18 kilometers long and 200 meters deep, has gained its depth thanks to its calcareous structure, which can be easily eroded by water. The narrowest area between the walls is around 2 meters. The entrance to the canyon is made with a 200-meter wooden bridge placed on steep slopes with iron supports, as the violent flowing water prevents the entrance. The area of 12.390 hectares, which includes a total of six villages of Kas and Fethiye, was declared as Saklıkent National Park in 1996 and taken under protection. In addition, Karacaören, Kıdrak Bay, 12 islands and Göcek in Ölüdeniz  are among the places to be seen.

What to Eat in Ölüdeniz?

If you happen to pass around Ölüdeniz , a very tasty and rich cuisine is waiting for you. Being one of the local flavors of Muğla, the “Çökertme Kebab” is the first food you should taste when you go to the town.   Then, “eksili balık, keşkek, kabak çiçeği  dolması, Muğla usulü tarhana çorbası and börülce ekşilemesi”  are on the list of cultural tastes that you should definitely try.

In addition to the historical and natural beauties we have mentioned above, Ölüdeniz  beach is flooded by campers and picnickers. Another famous camping site is Butterfly Valley, where transportation is only made by boats. Butterfly Valley trip takes place in the first ten in the list of places that must be seen in Turkey.

How is Transportation in Ölüdeniz ?