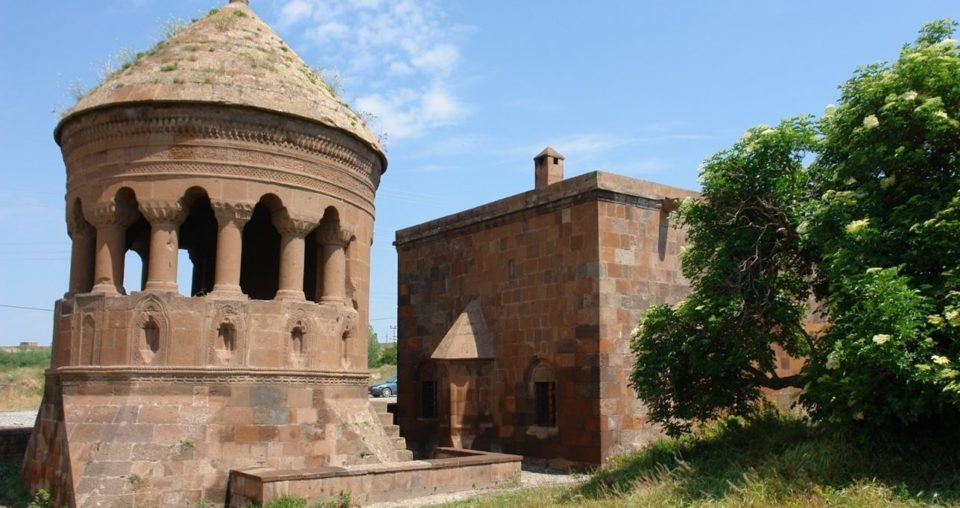 Bitlis is located in the west of Lake Van in the Eastern Anatolia Region. Bitlis is also located in a valley with historical buildings. There are many castles, bridges, mosques, madrasas and caravanserais in Bitlis, which has hosted many civilizations. The city is adjacent to Siirt, Muş, Ağrı and Van. Bitlis is also known as the city of minarets. Would you like to visit the city consisting of Adilcevaz, Ahlat, Güroymak, Hizan, Mutki and Tatvan districts? You can rent a car and visit the unique districts of Bitlis such as Ahlat and taste the local dishes of Bitlis. If you have turned your route towards Bitlis, your first stop should be Ahlat, which has historical places such as Emir Bayındır Cupola, Çifte Cupola or Seljuk Cemetery. As Yolcu360 team, we have prepared the Ahlat Travel Guide to help those who want to make a tour of Eastern Anatolia and those who want to explore places to visit in Ahlat. 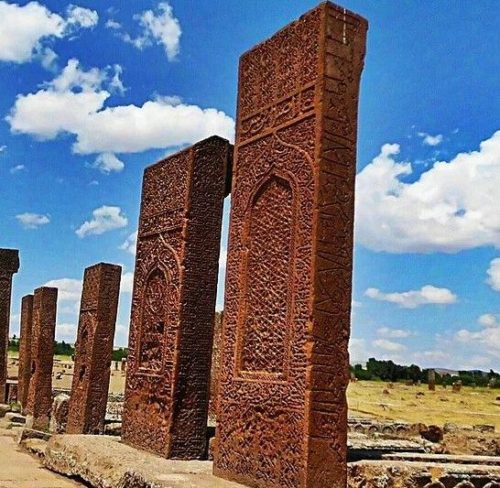 Much information about the Seljuk Cemetery has reached today. It is the largest Turkish-Islamic cemetery in the world. The history of the Seljuk Cemetery dates back to the 12th century. In addition, the Seljuk cemetery is important in terms of reflecting the traditional Turkish cemetery characteristics. The gravestones are nearly 3.5 meters in size and there are ornaments on the gravestones. The cemetery, which is among the most important inscriptions after Göktürk monuments, is almost an open air museum. This historical place, with 8 thousand 169 tombstones, has been included in the UNESCO World Cultural Heritage Tentative List. Where is the Seljuk Cemetery? İki Kubbe on Ağrı-Bitlis Road. You can rent a car in Ağrı and make your trip enjoyable. 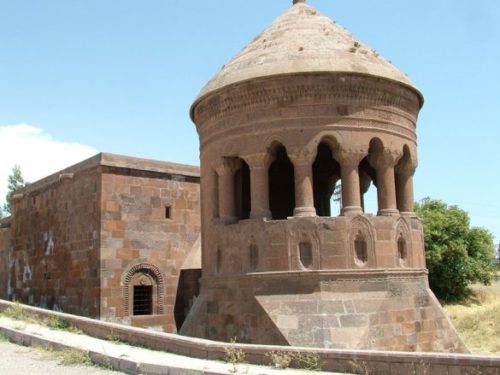 If we need to give information about Emir Bayındır Cupola, it is also known as the Parmaklıklı Cupola among the people. It is thought to be called so because of the short columns around it. Emir Bayındır cupola dates back to 1481. The cupola was built by his wife Şah Selime Hatun after the death of Bayındır Bey. Where is Emir Bayindir Cupola? İki Kubbe, Orta Sk. Number: 10. If you are going to the district from Van, you can rent a car at Van Airport. You can visit Yolcu360.com to rent a car in Van.

Things to Do in Ahlat 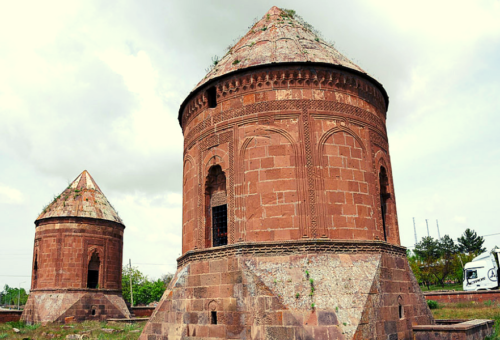 They were built in the 13th century. The cupolas attract many local and foreign tourists with their architecture. The big cupola was made for Buğatay Aka and Şirin Hatun from Akkoyun, and the small one for Esen Tekin Hatun. These cupolas are square planned and decorated with motifs. They are located in the Iki Kubbe neighborhood of Bitlis.

The bridge is located on the Kaşdere stream, also known as the Tahtısüleyman stream. It is thought that the bridge was built by Emîr Bayındır, one of the Akkoyunlu Turkmen chiefs, in the 13th century.

Places To Visit in Ahlat 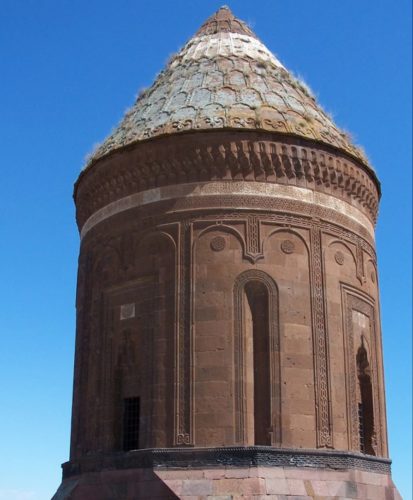 This structure is also known as Ulu Kumbet because it is the largest among the cupolas in the historical Ahlat district. The date of construction and to whom it belongs is unknown. This cupola should definitely be on your list of places to visit in Ahlat in terms of its architecture. Travelers who want to reach Bitlis by sightseeing from Van can rent a car in Van and visit the cupola in the İki Kubbe neighborhood. 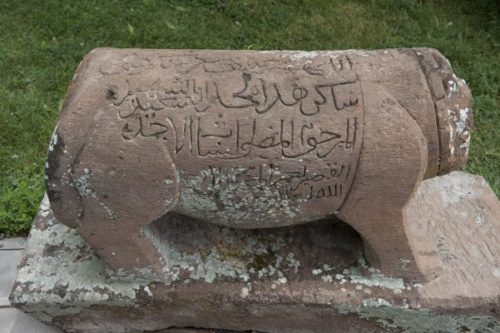 Ahlat Museum was opened in 1970. The museum hosts historical artifacts unearthed from the Zaviye, Çifte Hamam and Ulu Mosque. The museum displays ceramics belonging to the Seljuk Period and the grave finds from the Early Iron Age excavated from the Yuvadamı necropolis area. Where is Ahlat Museum? It is located in the neighborhood of Iki Kubbe in the district center.

Local Dishes of Bitlis / The Best Restaurants in Bitlis 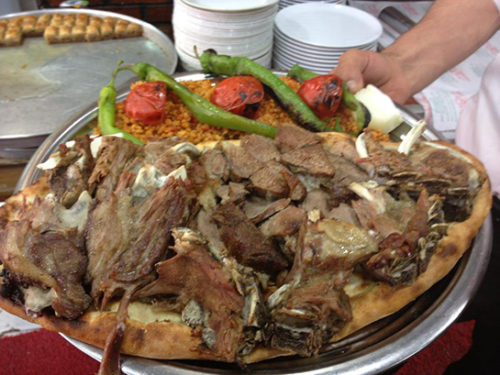 Pickle Aşı Soup, Water Pastry, Candy Halva, Çorti Aşı, Keledoş, Tutmanç Aşı, Halise Meal, Büryan, Liver Tapas are among the local dishes of Bitlis. We have searched and prepared the list of best restaurants in Bitlis for you.

How To Get To Ahlat?

How far is it from İstanbul to Ahlat? The distance between the two points is 1,512.3 kilometers. You can rent a car in İstanbul and reach Ahlat to take a tour of Eastern Anatolia in 17 hours and 52 minutes via E80.

How far is it from Ankara to Ahlat? The distance between the two points is 1,118.8 kilometers. You can rent a car in Ankara and reach Ahlat in 13 hours and 26 minutes via D300. In this manner, you can choose a comfortable transportation option. 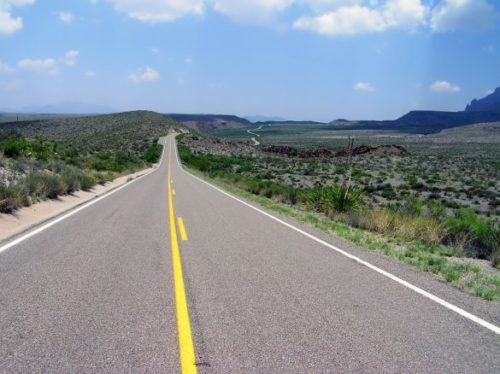 How far is it from Van to Ahlat? The distance between the two points is 177.4 kilometers. You can rent a car in Van and reach the district in 2 hours and 23 minutes via D300.

How far is it from Malazgirt to Ahlat? The distance between the two points is 55 kilometers. You can rent a car in Muş and reach the district in a short time.

Where is Sarıkamış? | Sarıkamış Ski Center