The historical peninsula is undoubtedly the first attraction of İstanbul. This region is the heart and center of this ancient city, whose roots date back to the ages. Especially, it is the most important frequent destination for those coming to Istanbul from outside the city. Cüneyt Durhan, the phenomenon traveler of Instagram and author of Gezgininayakizleri account, prepared a historical peninsula tour for those who will come to İstanbul for the first time.

İstanbul is one of the most beautiful cities in the world. Days and weeks may not be enough to visit this city from overall. You can start your city tour with the car you will rent on Yolcu360 from the airport or your neighborhood. Before starting the trip, be sure to check the prices for car rental at İstanbul Sabiha Gökçen Airport. You can reach the historical peninsula by coming from Yenikapı-Aksaray or Beşiktaş-Karaköy.

I entered Beyazıt from the street between Laleli and Sultanahmet where I can see people from every nationality in İstanbul. After photographing Beyazıt mosque, I visited Çorlulu Ali Pasha Madrasa and its mosque. 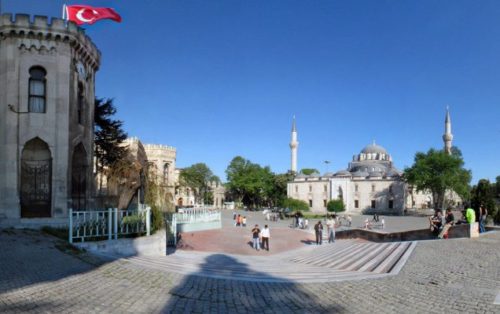 I visited the tombs and sarcophagi of Sultan Abdülmecid and Sultan Abdüllaziz and their family members in the madrasah. In the garden of the madrasah, it was possible to see the graves of the poet Ziya Gökalp and the first press martyr Hasan Fehmi.

As you descend from Beyazıt towards Sultanahmet’s direction, you can see the historical points here while passing through Çemberlitaş. For this reason, I highly recommend you to go on foot. Another option is the Grand Bazaar.

You can check the options for rent a car in İstanbul Kadıköy to car rental in İstanbul. 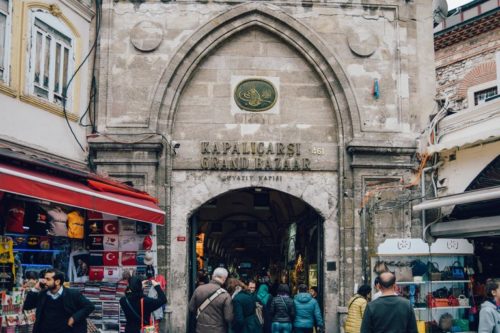 Click here to rent a car in Istanbul Zincirlikuyu.

Coming up to the Eurasia Marathon during my trip has colored my day. After visiting Sultanahmet square, I visited Hagia Sophia. The entrance fee to Hagia Sophia is 30 TL. If you have a Müzekart, you can enter Hagia Sophia for free. Every time I visit Hagia Sophia, it fascinates me once again. 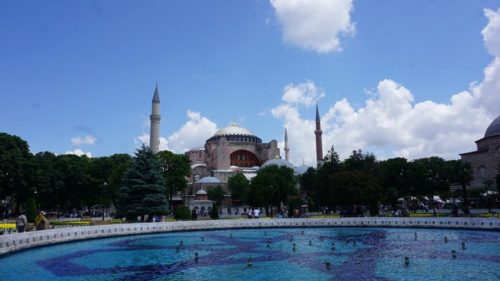 Bearing the title of the oldest cathedral in the world, Hagia Sophia was built for the first time as an Orthodox church. After, serving as a Catholic Church in the time of the Latin Empire. Finally serving as a mosque in the Ottoman period and a museum since 1935. An architectural genius that has survived for 15 centuries. Hagia Sophia is one of the historical values to be visited in Istanbul.

You can also visit the Blue Mosque right across from Hagia Sophia. It was built in 1609-1616 by Sultan Ahmet 1. The mosque is also known as the Blue Mosque because it is decorated with blue, white and green Iznik tiles, and the blue embroidered tiles under the domes. The Blue Mosque is also the first 6 minaret mosque in our country. The mosque also served as a madrasah in the past. After visiting here, I visited Topkapı Palace, which was of great importance during the Ottoman Period. If you have a Müzekart, you can enter the palace for free.

A recommendation for those who are going to tour the historical peninsula, do not pass without seeing the Basilica Cistern right next to it when you come to Hagia Sophia. The basilica is one of the most mystical ruins of Byzantine architecture. Be sure to see the Medusa head, which is upside down in the cistern. Every year, thousands of tourists attend the historical peninsula tour just to see this artwork.

You can check the offers for rent a car at İstanbul Airport to car rental in İstanbul. 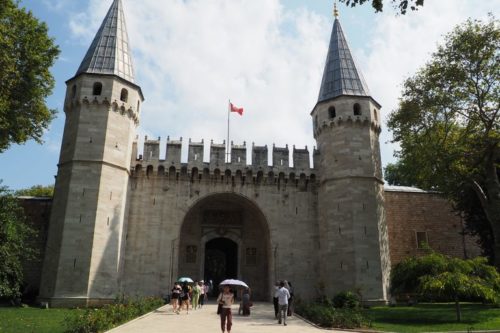 Another one of the most special points of the historical peninsula tour is Topkapı Palace. In the 600-year history of the Ottoman Empire, the empire was ruled from this palace for 400 years. This situation greatly proves its importance. Fatih Sultan Mehmet started the construction of the Topkapı Palace in 1465 and was completed 13 years later.

The door that you will enter the Topkapı palace is Bab-ı Hümayun. It means the gate of the Sultanate. As soon as you enter from here, you should visit the Hagia Irene Church that welcomes you in the first courtyard. I paid 20 TL for the entrance fee to the magnificent church, unfortunately, the museum card is not valid. It is necessary to walk from the first courtyard (Alay Square) to Bab-üs Selam approximately 250-300 meters. I visited other parts of the palace, respectively: Alay Pavilion, Divan-ı Hümayun (Kubbealtı), Arms Section, Archive Room, Kitchens, Enderun Towel, Arz Room, Fatih Mansion, Has Room (Room where Sacred Relics are stored), Circumcision Room, Revan Mansion, İftariye Mansion, and Kara Agalar Room. I did not want to enter the Harem Room because it was an extra fee and it was a queue.

Click here to rent a car in İstanbul with advantageous deals.

After leaving the palace in my historical peninsula tour, I walked from Karaköy and saw the Yeni Mosque (Valide Sultan Mosque) in Eminönü. The mosque was started to be built in 1597 and completed in 1665. It is one of the mosques in my country whose architecture I like. 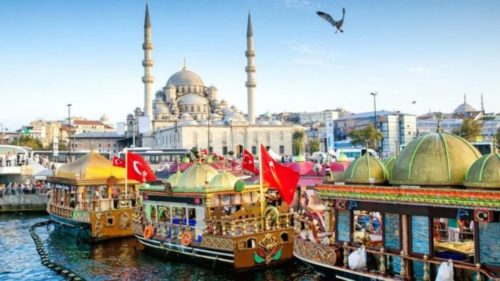 A note for those going on a tour of the historical peninsula. You may want to take a look at the Historical Cağaloğlu Bath before moving from Sultanahmet to Eminönü. You can find it easily with navigation. You may even want to have a bath delight.

Another important step of the historical peninsula tour is the Spice Bazaar. It is located in a place that you can easily reach around Eminönü. You can buy various spices, sweets, and souvenirs in the Spice Bazaar.

This time I turned my route to İstiklal Street. I enjoy walking here every time I come to İstanbul.

I visited St Antuan Catholic Church on the way from İstiklal Street to Galatasaray University. The biggest Catholic church in İstanbul.

It was built in 1906 with gothic architecture. The church attracts attention with its red brick structure. There is a statue of 23rd Pope Loannes in the garden of the church. The design of the stained glass decorations and mosaics inside the church is wonderfully designed. St Antuan Church is one of the places to visit in the İstanbul travel guide. 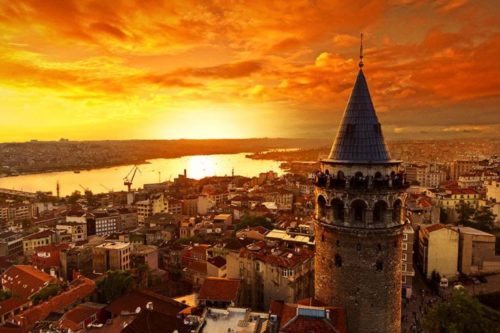 I came to Galata Tower by walking from İstiklal Street. Galata Tower was handed over to Fatih Sultan Mehmet by Genoese in 1453. You can enjoy the panoramic view of İstanbul from the tower built of stones.

As the weather got dark, I felt how tired I was. It is possible to visit Beyazıt, Sultanahmet Square and Mosque, Hagia Sophia, Eminönü Yeni Mosque, Taksim, St Antuan Church and Galata Tower in one day on the historical peninsula tour. However, it is not possible to visit this city completely in one day. İstanbul is a megacity that was once the headquarters of three continents. Hope you discover.

İzmir Karaburun Travel Guide | Things To Do In Karaburun

Rent a Car Sevilla Airport / What to do in Sevilla? / Spain