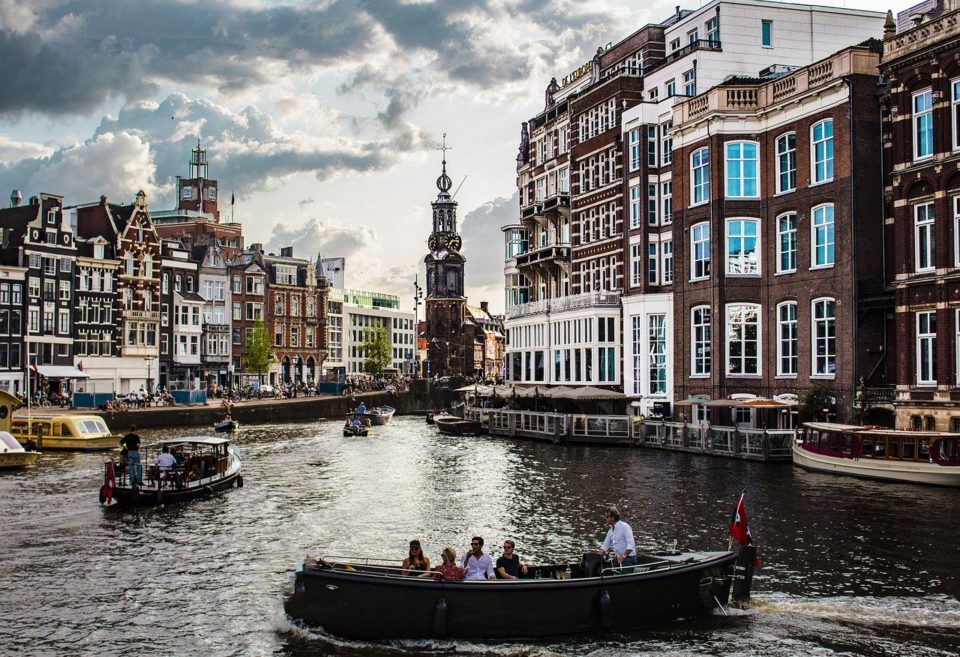 Amsterdam is among the most beautiful cities of both Europe and the Netherlands. Have you ever had the opportunity to visit Amsterdam before? If you have never been to Amsterdam before, we strongly recommend that you add a list of places to visit in Amsterdam to your vacation plans for this year. The historical sites and museums of the city will conquer your heart. Get ready for the Amsterdam tour! Amsterdam Travel Guide was prepared for you by Yolcu360 team.

Places to Visit in Amsterdam 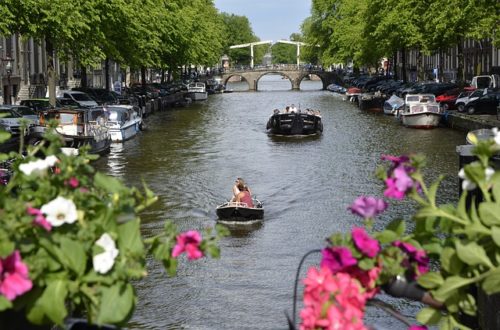 The first thing you should do on your travel list for your Amsterdam tour is definitely take a stroll on the Amsterdam canals. Amsterdam was founded as a small fishing village in the 12th century. Did you know that there are more canals in Amsterdam than in Venice?

As you can see, Amsterdam is a city of canals. We recommend you to take the opportunity to take a nice trip by taking the boats in the canals. In this way, you can watch the city like watching a movie scene. 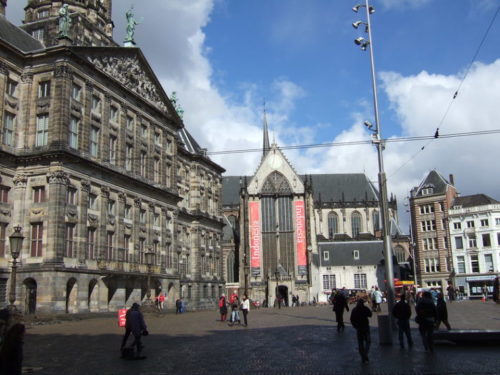 Your second stop in Amsterdam is Dam Square. This is the most famous and important square in Amsterdam. There are many important buildings in the square such as museums, churches and the royal palace. There is also a national monument in the square. The monument was built in 1956 to commemorate the victims of World War II. In other words, the monument is very important not only because it is national but also for its purpose. 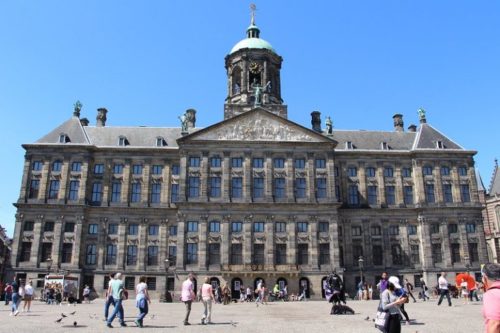 Koninklijk Paleis is located on the west side of Dam Square. This building is actually Royal Palace Amsterdam. The palace will immediately catch your eye with its imposing appearance while wandering around Amsterdam. The building was opened as a town hall in 1655. Despite this, the building is known as the royal palace. It is still used for official ceremonies. The building is one of the three palaces of the Netherlands. 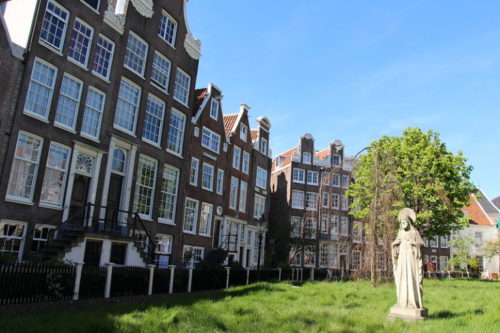 While traveling in Amsterdam, you may have a little difficulty finding this place. It is not a place that you come across directly. Begijnhof has two entrances inside the Singel Canal. You can choose one of those two entrances to see this place. Begijntjes, known as the Catholic brotherhood, worshiped and lived here in 1346. In the 17th and 18th centuries, a total of 47 houses were located in this place. The nuns took care of those in need in exchange for a room. Since the 1950s, this brotherhood group has settled in the Reverend Mother’s House, the largest house in the region. In 1971, they closed together with the death of the last brotherhood member. However, these houses are still rented to single women.

Have you heard the story of Anne Frank before? If you haven’t heard, let’s talk about this sad story. Anne is a Jew born in Germany in 1929. Later, when the Nazis came to power, she fled to the Netherlands with her family. However, Hitler invaded Holland. Anne and her family lived under restrictions and were treated as second-class citizens like others. Then, Anne started studying at a Jewish school. In this school, Anne made friends with a girl named Nanette. In 1942, Anne’s older sister, Margot, was called to the SS center. Upon this call, the family left a letter to Anne about their fleeing to Switzerland. 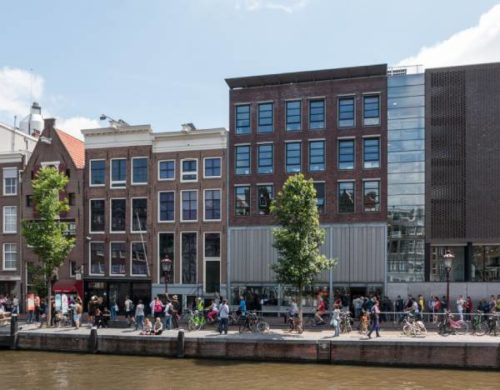 In fact, Anne’s family lived in the attic of her father’s office in Prinsengrach. Communication with the outside world was provided by his father’s secretary. On the day she turned 13, she was given an agenda and Anne started to write every day she lived on this agenda. They lived here in hiding for two years. In 1944, they were complained by unidentified persons and each was sent to different prison camps. Anne was sent to the Polish Auschwitz camp. There they met his schoolmate Nanette. Anne kept on writing everything and told her friend that she wanted to publish her diary when she got out of here. But unfortunately she caught typhus and passed away. His friend, who survived after his death, published the diary under the name The Diary Of a Young Girl.

Anne Frank House must be visited. You will encounter the traces of a great human tragedy experienced in this house. Anne Frank House is located on Prinsengracht in the center of Amsterdam close to Westerkerk.

Heineken Experience is a very entertaining activity for your Amsterdam trip. Heineken is the most famous beer brand in the country. So what is Heineken Experinece? This place is actually an interactive museum. There are many areas within the museum, such as a mini brewery, barn and tasting bar.

The Rijksmuseum is a wonderful national museum that you can visit in Amsterdam. Many works of art, crafts and history are exhibited in the museum. Paintings by Johannes Vermeer, Jacob van Ruysdael, Frans Hals, Rembrandt and Jan Steen are also in the national museum. The largest art history library in the Netherlands is also located in this museum. 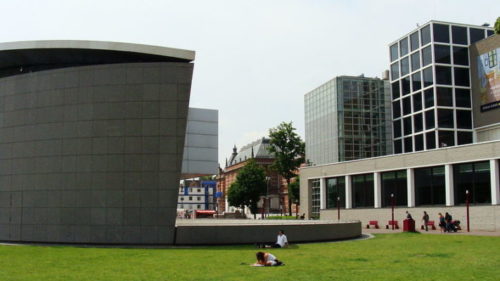 This is one of the first places that come to mind when it comes to Amsterdam tour. This is a museum where paintings by the Dutchman Vincent Van Gogh are exhibited. There are more than 900 works of Van Gogh in the museum. However, he was able to sell only one of these pictures while he was alive. There are nearly 200 paintings of Van Gogh and about 500 draft drawings in the museum.

Yes, it’s time for one of the most colorful stops on the travel list for the Amsterdam tour. Vondelpark is the largest park in Amsterdam and was built by philanthropists. The park got its name from the 17th century poet Joost van den Vondel. Vondelpark really has a very large area. There are 100 different species of trees, rose gardens, small streams, artificial lakes and rich vegetation in the park. In addition, there are areas in the park that you will be surprised when you see it. For example, we were very surprised to see the orchestra stage. What about Peacocks in the park? Perhaps the most surprising thing during the Amsterdam tour was these Peacocks.

How To Get To Amsterdam?

Travelers who will return to Istanbul after their trip to Amsterdam can rent a car at Istanbul Airport and continue their travel easily.

Travelers who will return to Ankara by air after visiting the places to visit in Amsterdam can rent a car at Ankara Esenboğa Airport and prefer a comfortable transportation option for their next trip.

Travelers who will return to Izmir after discovering the places to visit in the Amsterdam Travel Guide can rent a car at Izmir Adnan Menderes Airport. 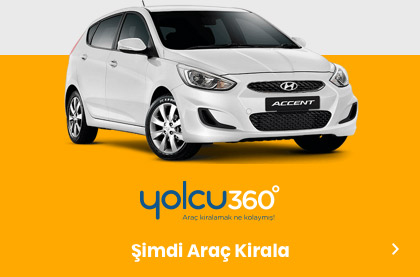